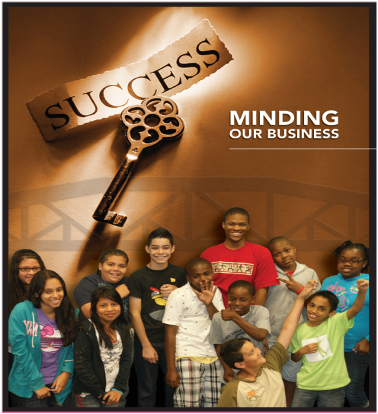 About Minding Our Business

Minding Our Business (MOB) is a non-profit organisation designed to meet community needs by advancing the personal and vocational development of urban youth through entrepreneurship education and coaching/mentoring. Since 1997, MOB has trained and mentored more than 2,500 Mercer County middle school students, ages 10-14, in starting and running their own businesses.

THE HISTORY OF MINDING OUR BUSINESS (MOB)

Minding Our Business was created in 1996. Dr. Sigfredo Hernandez wanted to do something meaningful with his life and at the time the idea of giving an opportunity to inner city kids was an idea that popped into his mind. With the help of Rider University’s Harper Grants and the Princeton Center for Leadership training, the idea began to grow. A year later, the MOB Service Learning Program was created.

In 1997, Kevin Wortham created MOB Summer Program. That summer the program had 30 kids with only 3-4 days of training, one trip to NYC and 1 market fair!